Have you ever seen a gymnastics competition and wondered what the difference is between rhythmic and artistic gymnastics? Both disciplines involve athletes performing stunts on various pieces of equipment, but there are some key differences. In this blog post, we’ll take a closer look at the two types of gymnastics, namely artistic vs rhythmic gymnastics, and highlight the main differences between them. Let’s compare them!

Rhythmic gymnastics is a relatively new sport, having originated in the late 19th century. It gained popularity in the Soviet Union in the 1950s and 1960s and has been an Olympic sport since 1984. Today, rhythmic gymnastics is enjoyed by athletes of all ages around the world. It is a popular spectator sport, especially at the Olympic Games.

If you want to learn more information about rhythmic gymnastics in United States- you can find it here.

What is rhythmic gymnastics

Women’s rhythmic gymnastics is a sport that combines aspects of ballet, acrobatics, and artistic expression. It is often described as “the art of movement” or “the ballet of Gymnastics”. It’s is both an individual and group sport. Individuals compete in national championships as well as international competitions such as the Olympic Games. Teams typically consist of 5 gymnasts who perform together in groups of 2-5.

The sport requires a great deal of athleticism, flexibility, and coordination. Gymnasts must be able to execute complicated maneuvers accompanied by music while maintaining control and dancing with gymnastics apparatus.

The object of the sport is to use one or more gymnastics apparatus used to perform the routine – hoops, balls, ribbons, ropes, or clubs – while completing various required elements such as leaps, turns, and balances. 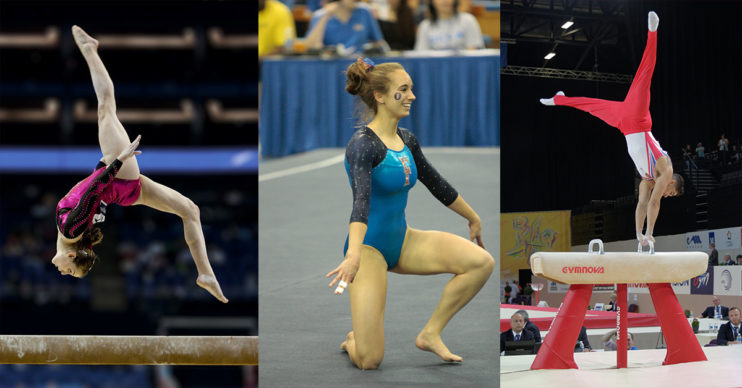 Olympic artistic gymnastics first became popular in the late 19th century, when it was introduced as a way to keep young women fit and healthy. Women began competing in gymnastics at the first modern Olympic Games in 1896. Since then, the sport has become increasingly popular and competitive. It is now one of the most watched events at the Olympic Games.

What is artistic gymnastics

Women artistic gymnastics is a sport in which women compete on various apparatuses, including the balance beam, floor exercise, and uneven bars. Gymnasts must perform a wide variety of skills, including tumbling, jumps, saltos, vaulting, and swinging, in order to score points. The sport requires strength, flexibility, coordination, and grace.

Women’s artistic gymnastics is a thrilling and exciting sport to watch. It requires immense skill and athleticism, and always leaves audiences on the edge of their seats. Some of the most famous gymnasts in history include Nadia Comaneci, Mary Lou Retton, and Simone Biles. These athletes have inspired millions of people around the world with their amazing skills and dedication to the sport.

There are team and individual competitions, as well as for men and women. Let’s learn more about the apparatuses. 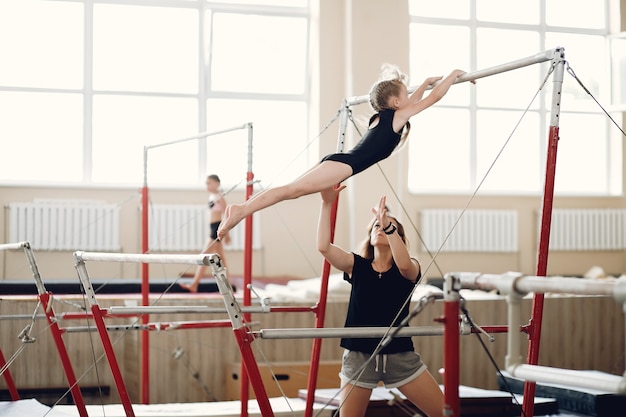 What’s The Difference Between Rhythmic and Artistic Gymnastics

Rhythmic gymnastics is a sport that combines elements of ballet, acrobatics, and gymnastics. It is often performed to music and involves the use of ribbons, hoops, balls, ropes, and other apparatus.

Artistic gymnastics is a sport that combines strength, flexibility, and power. Athletes perform flips, twists, and other acrobatic maneuvers on various apparatus, such as the balance beam and bars. Gymnasts must have excellent coordination and control to execute these complicated maneuvers.

While both sports require athletes to be strong, flexible, and coordinated, rhythmic gymnastics places a greater emphasis on gracefulness and artistry, while artistic gymnastics emphasizes power and athleticism. Artistic gymnastics is definitely more dangerous, as you’re performing extremely difficult skills on hard surfaces or high up in the air.

The biggest distinction is that rhythmic gymnasts use apparatus such as balls, ribbons, hoops, and clubs to create their routines, while artistic gymnasts perform on a bare stage with only gravity to assist them.

Aside from that, rhythmic gymnasts typically have more dance experience and are often more coordinated than their artistic counterparts. But in the end, it all comes down to personal preference – some people prefer the gracefulness of rhythmic gymnastics while others appreciate the daring tricks of artistic gymnastics.