But now we’re here to take a look at the Atlanta Falcons cheer-squad.. After searching all of the images, I had a tough time picking so we’re going to go into a bit more detail than the Cardinals squad. We’ll look at four images for each section, but the question is, who’ll advance?

So I understand that it’s somewhat tough for you to be able to see which cheerleaders there are. And Atlanta’s website hasn’t added 2018 cheerleaders so we’re going to be going through the 2017 cheerleaders, which I’m sure is pretty much the same as this years.

We’re going to look at four chicks in each section and picking the hottest of the four. And that chick will go against the winner of the next four.

So out of those four, I’m going to have to go with the first one, Alex T.

So Alex T will be going up against the next four…

Out of these four this was a tough one, Brianna B. the first cheerleader and Brooke A. So out of these four I’m going to have to go with Brooke A. But is she better looking than Alex T? Yes. 100%. So Brooke A., will advance.

Now we stepped it up a bit, wow., Eiesha H., what an absolute smoke show, she takes this one… Who was the chick from the last section? I don’t even remember after checking out Elesha.

Oh shit… Stop.. Who now.. This group of four is the hottest four. Elesha might have had to lead till now.. But Jenna M(all the way to the right) beat her for sure… But wow.. Gianna is by far the hottest cheerleader yet.

Katie V., advances to this round and absolutely crushed these four ladies, Kelsey is gorgeous for sure…. And fellas, I understand we’re moving quick on these, but damn some of these groups are tough to judge and really not too much to say. If you’re one of the cheerleaders who we’ve passed on, you’re still good enough to get my number. Slide up on Twitter.

And well.. Katie V has advanced for the last couple of rounds, and well she crushes these four as well.. From left to right, these four are at the bottle of the list if we did them hottest to ugliest.. But that’s too judgmental, let’s act like I never said that.

We’ve stepped it up with these three, they’re way better looking than the last group. MiKyle C., is drop dead gorgeous and takes the lead over Katie, sorry Kate… But not today, MiKyle advances.

Now are any of these four hotter than MiKyle? No. But they’re gorgeous. MiKyle is the WINNER! The best looking Atlanta Falcons cheerleader: 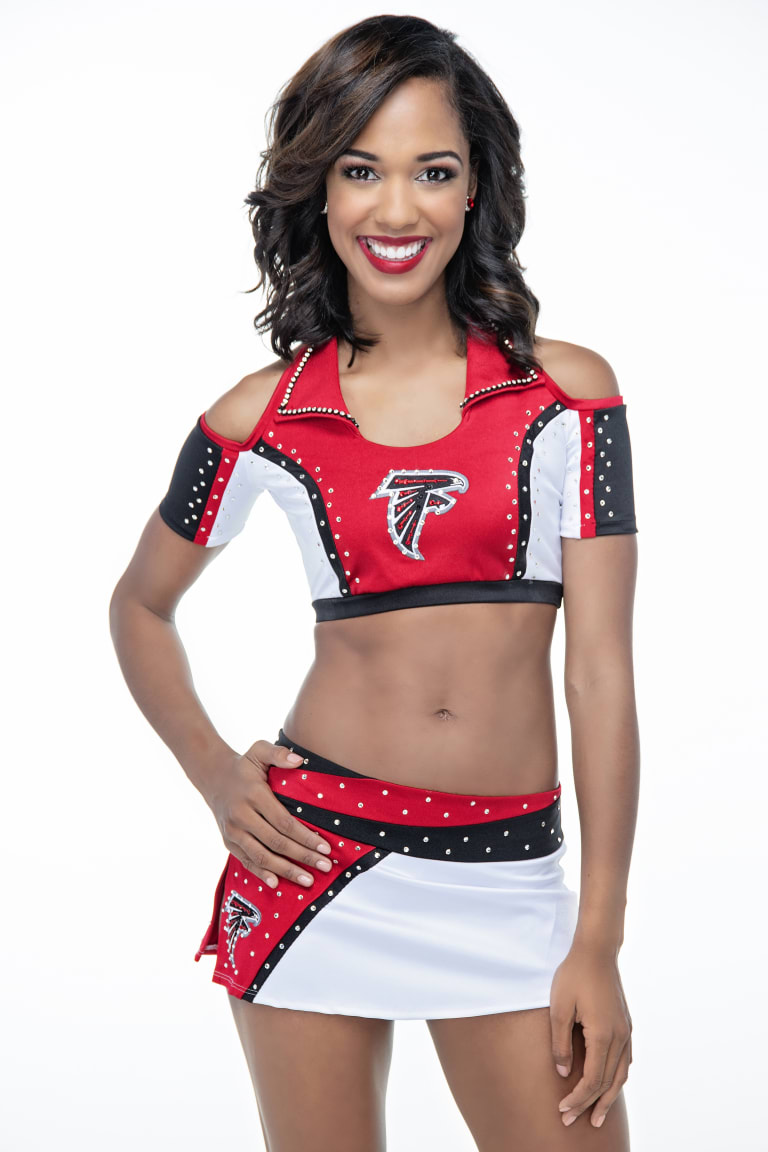 Be sure to look out for the next list of cheerleaders. And at the end of the entire 32 team’s, I’ll go through and list them from hottest to ugliest from all the winners.. Or well prettiest to the hottest.. Or well, however you’d like to say it. But that’ll be awhile yet, for now go look at the first group, Arizona Cardinals.